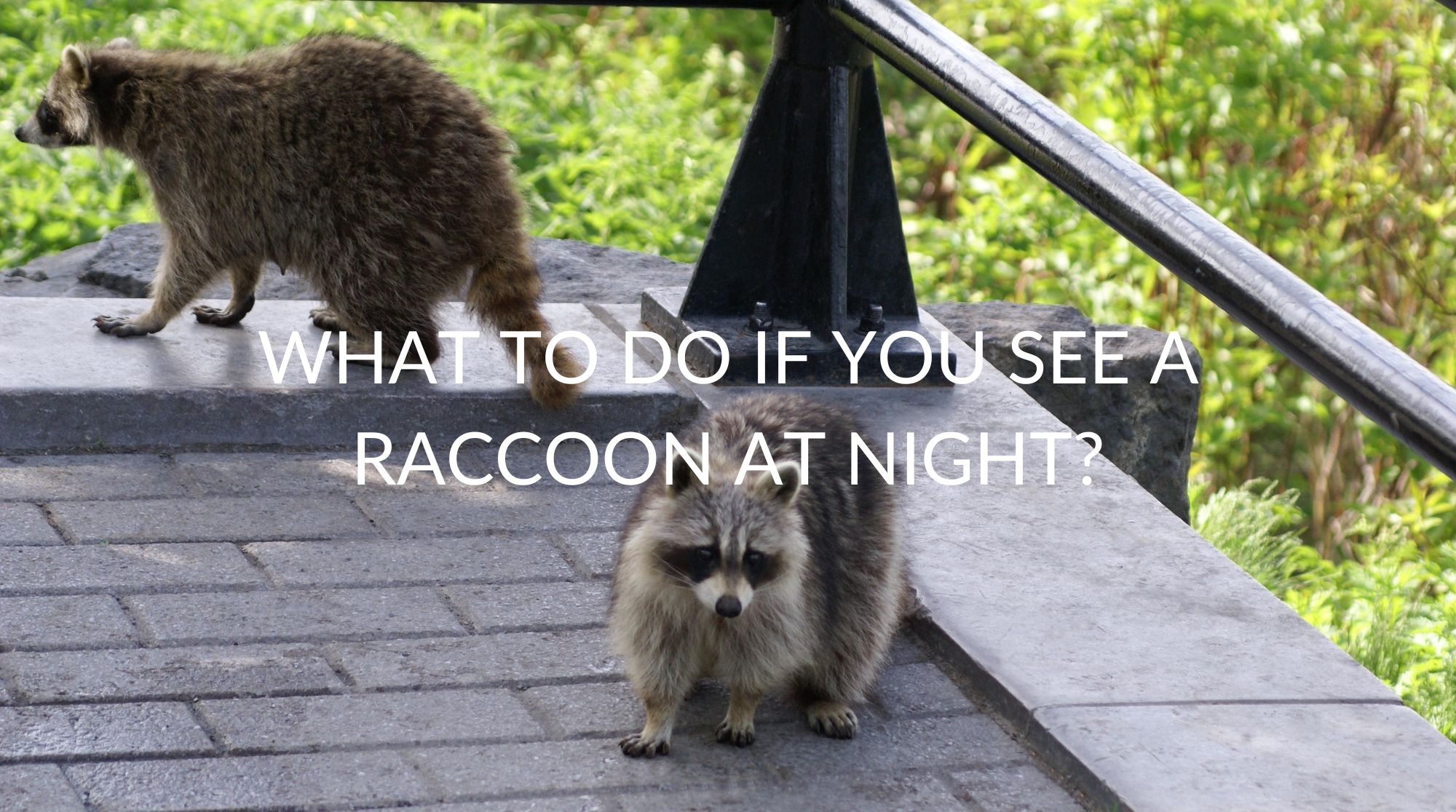 If you see a raccoon at night, then you may be wondering what you should do. After all, they are wild animals. In this article, not only are you going to find out what to do when you encounter a raccoon at night, but you’ll also learn what not to do and why the raccoon might be approaching you in the first place!

So, What Should You Do If You See A Raccoon At Night?

If you encounter a raccoon at night, then the first thing you should do is back away in a calm and controlled manner. In most cases, raccoons will likely be a lot more scared of you than you are of them.

What To Do If A Raccoon Continues To Approach You

However, if the raccoon continues to approach you or starts to act aggressively, then you’ll need to change your tactic. Try to back away faster, and make sure you’re covering any exposed skin with your clothes or anything you have handy.

You should also try to make yourself appear as large as you can by standing tall and waving your arms. Shouting at them can also be enough to deter them.

It’s vital that you cover yourself as best as possible because if you get bitten, you may end up being exposed to rabies.

Finally, once the raccoon has left you alone, you should contact professionals to deal with the situation.

What To Do If A Raccoon Attacks You?

If a raccoon actually begins to attack you, your tactics will have to differ slightly. First of all, make sure every area of exposed skin has been covered. Once that’s done, it’s best to run away, as often the raccoon will leave you alone.

If you can find a building to enter, then it’s also a good idea to go there as soon as possible.

You may get the urge to fight the raccoon, but if it’s diseased, then it will probably end up passing the disease on to you.

And if you do end up being injured by the raccoon, make sure that you consult a doctor as soon as possible because you’ll need to be treated not just for your injuries but for any diseases you may be susceptible to.

What Should You Avoid Doing?

If you encounter a raccoon at night, there are also some things you’ll definitely want to avoid doing as well!

Don’t Give Them Food

It can be hard to turn raccoons down, especially when they’re looking at you with their big eyes. However, if you feed a raccoon, it’s only going to make the problem worse. They’ll know that they’ve found a place where they can get dinner, and they’ll likely keep returning.

As well as this, they’ll become a lot less afraid of humans and may even begin to associate them with food.

You may also get the urge to approach a raccoon or try to pet it. However, you should definitely avoid this as well! The raccoon may even appear docile until they feel like they’re backed into a corner. At this point, they may end up becoming a lot more aggressive and attacking.

Don’t Let Your Pets Near Them

If a raccoon approaches you, it can help to differentiate their behavior. After all, a raccoon that is acting normal is going to be a lot less of a threat compared to one acting abnormally.

When raccoons are healthy and happy, the normal behavior you can expect is:

Some signs of abnormal behavior include:

If you notice a raccoon exhibiting odd behavior at night, then you should call a wildlife rehabilitator near you to come and help them!

Fortunately, raccoon encounter at night is fairly common, and if they do approach you, in most cases, it’s probably because they want food or help. However, if the raccoon acts aggressively, then the best thing to do is cover any exposed skin and make sure that you’re trying to get away from the situation.