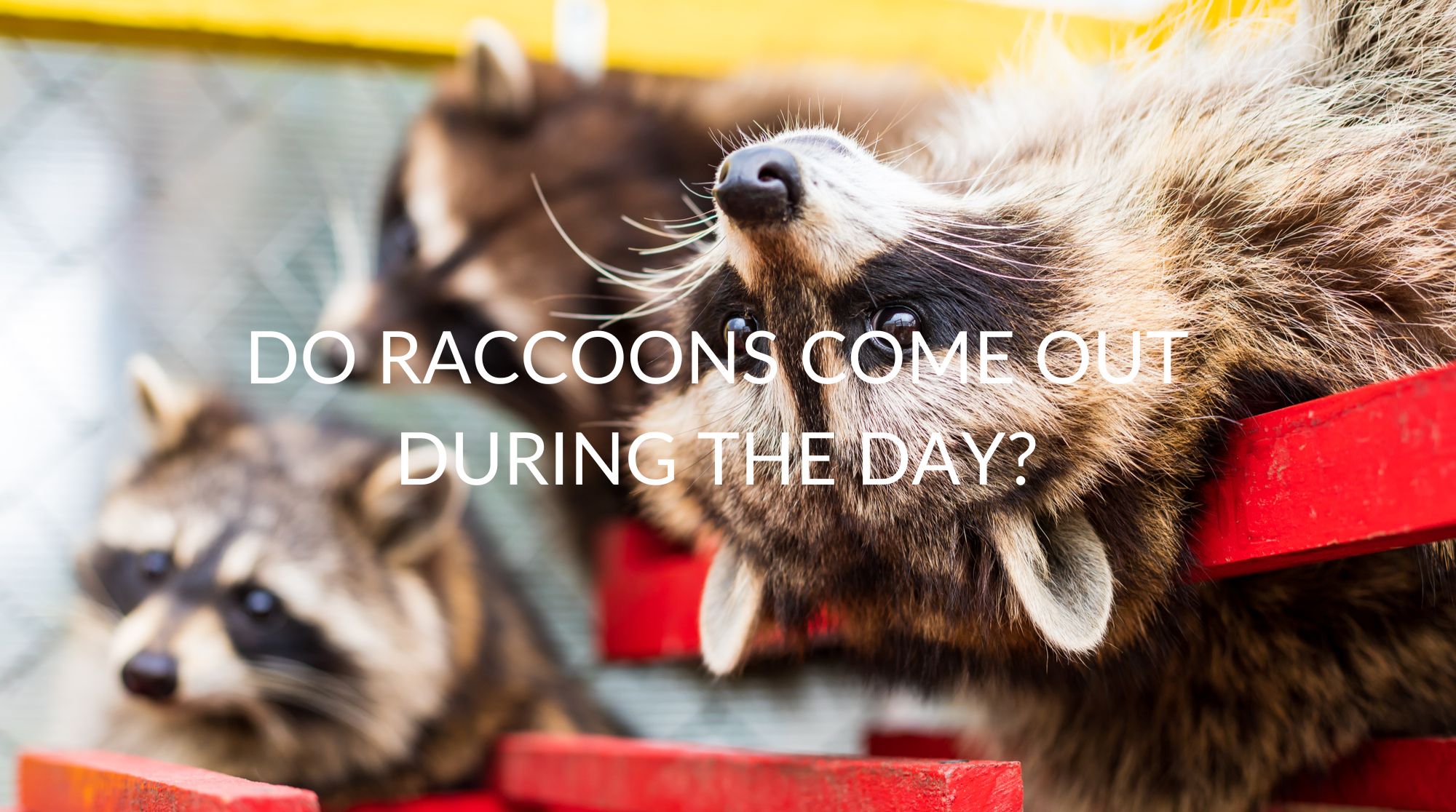 Do Raccoons Come Out During The Day?

Why Do Raccoons Go Out During The Day?

If you see raccoons during the day, then you may be wondering what’s causing them to be out. There are actually a few reasons why they might be roaming the streets during the daylight hours.

They’re Looking For A New Place To Stay

One reason they may be wandering the streets is that they’re looking for a new den. If their den is no longer safe from predators or it’s been destroyed, they’re likely to go searching during the day for a new place to rest.

They may also be looking for food that is more readily available during the day. For example, in urban areas, it would be easier for raccoons to scavenge for scraps when there are so many people around when compared to the evening.

If raccoons currently have kits, then they may not have foraged enough food during the night for them. So they’ve had to resort to going out during the daytime for food as well.

If you see a raccoon out during the day, then it’s a good idea to be aware of normal behavior vs. abnormal behavior. With that being said, here are signs to look for.

Where Do Raccoons Live During The Day?

During the day, raccoons tend to stay in their dens. These could be tree holes, burrows, attics, garages, or rock crevices. Basically anywhere there is warmth, shelter from the elements and predators, and a food and water source nearby.

What To Do If You See A Raccoon During The Day?

If you see a raccoon during the day, here are the things you should (and shouldn’t do).

The first thing you should do is just leave it alone. Even the cutest raccoon may turn aggressive if it feels cornered. As well as this, when raccoons become used to humans, it can become dangerous for you and them.

You may get the urge to feed a raccoon when you see one, but this should definitely be avoided as well. Once you feed them, they’ll likely come back for food again and again. And if you’ve done this near your home, then you may end up with an infestation.

If the raccoon is close to you, try to back up and slowly walk away. Raccoons carry all sorts of diseases so staying away from them is your best call.

What To Do If You See A Raccoon On Your Property During The Day?

If you see a raccoon on your property during the day, then you should do the following to make sure you deter them from coming back.

The first thing to do is make sure your trash is well-sealed. Raccoons enjoy searching through the trash for meals. Making sure they can’t get your trash will therefore make your home far less enticing to them.

Block Off Entry To Your Home

Additionally, you should also make sure that entrances to your property are blocked off too. It’s shocking all the different ways raccoons can enter your home. So you must consider less visible entrances, such as your chimney or cat flap, in addition to addressing any more obvious points of entry.

Make sure that you take away pet food from your pets once they have finished eating. Unfortunately, leaving pet food out all day will also draw raccoons to your house.

Shine Bright Lights At The Raccoon

If you spot raccoons in your backyard or home, when you notice them, shine a bright light on them. This is going to scare them away instantly, and if you do it enough times, they’ll begin to feel like that area is unsafe.

Make Sure Trees And Hedges Are Trimmed

You should also make sure that trees and hedges around your house are trimmed as well. This is especially true when any of these things are touching your house. A lot of the time, trees can give raccoons access to your roof or other areas of the home they can enter.

Things that make noise can be used to scare raccoons away as well. Wind chimes could make a raccoon jump when the wind blows, or leaving a radio on can make it seem to the raccoon that there are people in the vicinity.

Motion-activated sprinklers and lights can also scare raccoons, so the next time they enter your property, they might be enough to scare them away!

If you don’t have a fence, then you should first of all install one to make it harder for raccoons to enter your premises. However, if you already have a fence, make sure that it also goes deep underground as well.

Not only are raccoons good at climbing, but they’re also good at digging, so you need to make sure you’re cutting off both ways in.

And lastly, predator urine can be an effective way to get rid of raccoons as well. Bobcats, cougars, and even domestic dogs are all predators to raccoons, so purchasing some predator urine is a great way to deter them!

Here are some frequently asked questions people have about seeing a raccoon during the day.

Do Pregnant Raccoons Come Out During The Day?

It’s less likely that a pregnant raccoon would be out during the day. They tend to get pregnant in the winter when they’ll frequently go into short stints of torpor (brief hibernation). However, if they need food or water desperately or they’ve had to move dens, then it is entirely possible.

Do Baby Raccoons Come Out During The Day?

When baby raccoons are beginning to leave their dens, it’s not uncommon to see them wandering around during the day. They’re still learning how to live, but as they get older, this behavior becomes less frequent.

Are Raccoons More Aggressive During The Day?

Raccoons aren’t going to be more or less aggressive during the day. They’re only likely to be aggressive when they’re feeling threatened.

Is A Raccoon That’s Active During The Day Rabid?

There is no correlation between a raccoon being out during the day and a raccoon being rabid. However, even though the raccoons may not be rabid, they’re still best to be avoided.

As you can see, while it’s not common for raccoons to be out during the day, there are a number of reasons that you might see one in the day, and it’s actually perfectly normal behavior.

If you do see a raccoon during the day, however, the best thing to do is to ignore it and steer clear of it.

Lastly, if you liked this article, make sure you check out the rest of the website. Otherwise, have a great day!